By the time I started writing my first published novel, I’d already been working in the publishing industry for more than 20 years. The majority of that time had been spent working with writers on their manuscripts, and I had edited quite a few bestsellers and award winners. Of course I knew how to write a novel!

Imagine my surprise, then, when I wrote the first few chapters and they sounded more like an inter-office memo than a work of fiction. To be clear, I wrote very persuasive inter-office memos – no one could announce summer Fridays as well as I did – but the story of a father and son trying to bridge their gap needed a somewhat different voice, one I hadn’t practiced in a while and that no amount of working with other writers would automatically generate. I needed to stop telling and start showing.

Of course you’ve heard “show, don’t tell” before. It’s so basic, you probably heard it from your sixth grade English teacher. However, “There’s too much telling rather than showing” is the number one comment I make when rejecting manuscripts (number two is “I couldn’t connect with the characters.” Distant third: “Sorry, but we don’t publish poetry about kittens.”) It even shows up on occasion in my editorial letters to writers with numerous books under their belts.

If “show, don’t tell” is such a basic fiction-writing tenet, why don’t more people heed it?

Readers want to be in the middle of that romance, on the hunt for that killer, navigating their way through that dysfunctional family

Part of the reason might be that writers aren’t as clear on the effect this has on the reader as they could be. Reading fiction is a participatory exercise. For the most part, readers read fiction because they want to imagine they are living the experiences the characters are living. They want to be in the middle of that romance, on the hunt for that killer, navigating their way through that dysfunctional family. Telling short-circuits that experience. If someone tells you a rollercoaster ride is scary, you’re going to receive that information entirely differently than if that person shows you the GoPro footage he shot while on the ride. When you tell readers, “Janet and Karen just rubbed each other the wrong way,” you’re taking them out of the experience. If instead you show Janet making a seemingly innocuous comment, Karen sniping back at her, and Janet taking a certain perverse glee from the exchange, readers are right in the middle of everything. They know that there’s some bad blood between Janet and Karen, that there’s probably some nasty history there, and they’re invested in learning more.

It’s important to understand the dampening effect telling has on the reading experience. You want your readers to invest in your work. They won’t do that if you “report” the story to them.

The other reason that writers tell rather than show is that it’s so much easier to tell than to show. “Ryan was stressed” is so much easier to write than a scene in which Ryan talks distractedly on the phone, leaves his apartment without his keys, and temporarily forgets where he parked his car. I remember the enormously hard time I had with the opening of my novel When You Went Away (my third published novel if we’re keeping score, so I really should have been better at this by this point). My protagonist was grieving over the recent death of his wife and feeling the weight of the responsibility of raising their infant son by himself. I must have started the novel a half-dozen different ways – all with lots and lots of telling – and my agent kept giving me lukewarm responses. Finally, it dawned on me (again, this was my third novel, but I’m a slow learner) that I needed to open at the start of an ordinary day for this man and his child:

Reese made his first morning sounds. He never cried right away when he got up. For the first couple of minutes of every day, it was as though the world was just so fascinating to him, so absolutely new to his eyes, that his rediscovery of it took precedence over his hunger. Then the crying would come. Crying that always reminded me, perhaps would always remind me, of the sound of his crying the night I came home to find Maureen.

I didn’t want him to have to cry today. And so before his empty stomach imposed its will upon him, I went to his room, picked him up, and held him to my chest. After a moment, we walked toward the kitchen. Past the framed painting of a hobbyhorse, posted outside Reese’s door, that Maureen found at the last antique store we visited together. Past Tanya’s empty room. Down the staircase lined with photographs of my wife and daughter and even a couple of the new baby.

As we got downstairs, Reese started to fuss a little. We were probably a minute from full-blown bawling. I heated the bottle quickly, using the microwave though I knew that wasn’t the best thing to do, rubbing his back, and humming to him in the time this took. I tested the temperature on my arm and brought him into the family room. Almost immediately, he sucked contentedly.

While he drank, I lost myself in the image of the antique quilt on the opposite wall. Maureen and I bought it a month before we were married. It was an extravagant expense at the time, but she wanted it so much. “It will hang prominently in every home we ever have,” she said. And it did. From the drafty walk-up in Coram to the needy starter three-bedroom in St. James to this, our family home for the past twelve years in Port Jefferson. “This quilt is you and me, Gerry. Woven from separate parts and joined together forever.”

Reese stopped sucking and I glanced down at him. He looked at me with fascination in his eyes, maybe even a bit of confusion, and his hand reached up toward my face. I bent toward him, kissing his hand and rubbing my cheek against it. It was only then that I realized I was crying. I let Reese’s hand stray over my face, drawing the line of tears down toward my chin. He had no idea what I was going through, just as he had no idea how much his touch meant to me.

I pulled the baby closer and adjusted the bottle. He began to suck again, secure in the simplicity and wonder of his world.

A new season was coming. A new day was beginning. I held fast to the only thing that made it possible for me to face either.

You’ll note here that I never say, “Gerry was sad.” Nor do I say anything like, “Reese was cute” or, “This day was as tough to get through as the others had been.” I’d done versions of all of that in the earlier drafts my agent didn’t like. Instead, I’ve put you in the middle of their lives, shown you a little of their very cozy home, and given you a tiny glimpse at the relationship Gerry had with Maureen. Readers should be able to glean everything they need to glean from what they see here. Most important, they should be able to feel this experience along with Gerry.

There are two parts to putting this into practice properly. It’s a lot like fielding a ground ball in baseball where first you have to execute the catch and then you have to execute the throw. In this case, you first have to not tell and then you need to show. They’re different processes that complete one critical act. Interestingly, one of the things I see fairly often is telling and showing. The author actually does a good job of letting readers experience the story, but still feels the need to tell them what they just experienced. I don’t see many cases of not telling and not showing, since that’s effectively not writing.

Not telling requires setting your radar for this. What I’ve found is the best way is to stop myself every time I’m about to write a declarative statement. Obviously, not all declarative statements are a problem. But every time you write one, you should ask yourself, “Am I saying something here that I should be showing instead?” If what you’re saying is, “Gerry lived in New York,” you’re fine; move on. If what you’re saying is, “Gerry always had a hard time with authority figures,” you need to strike this and figure out a way to show it instead.

There are a number of ways to show. You can do this with word choices. If one of your characters thinks and speaks dismissively about another character, we will glean that the first character doesn’t respect the second. You can do it with recurring action. If we see one of your characters always consciously turn the doorknob with his left hand, we’ll guess that she’s either superstitious or maybe has a little OCD. You can do it with dialogue tags (though I caution against using dialogue tags too often). If the character says something haltingly or self-consciously or reluctantly, we’ll understand that he’s uncomfortable in this situation.

Probably the easiest way to show rather than tell is to put readers into a scene where they learn what you want them to learn without your ever having to say it directly. That’s what I was shooting for in the scene above. I needed readers to know that Gerry felt the loss of his wife deeply and that he was still seriously hurting.

Try this as an exercise: First, write a paragraph or two with at least three declarative statements. If this is difficult for you to do, that’s probably a good sign. Make sure that these statements are about the situation your character or characters are in. “John was wearing pants” doesn’t count.

Now, find a way to replace each of these statements with writing that shows the statement instead. It might be necessary to expand the scene to a different location or to employ a flashback. Overuse of flashbacks can hurt the flow of a story, but the occasional use is fine and perfectly acceptable for this exercise. The key is to come away with a scene that is completely devoid of declarative statements (“John was wearing pants” notwithstanding) and that the reader can “live” in.

Telling is one of the easiest ways to lose readers. If you get into the habit of keeping your radar up for it, though, you’ll find that avoiding it soon becomes second nature. 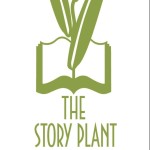 Lou Aronica is the New York Times bestselling author of “The Element” and “Finding Your Element” (both with Ken Robinson) and the author of the USA Today bestselling novel “The Forever Year” along with other works of fiction. Lou is also publisher of The Story Plant and Authors First. More info:
LouAronica.com