Marlowe 2.0: The latest in AI for authors - Authors A.I.
Skip to content

When our startup’s team of data scientists released Marlowe 1.0 a year ago in June 2020, we saw it as the first step in harnessing the power of artificial intelligence to help authors write better novels.

And hundreds of authors did just that, using Marlowe to help them fine-tune their manuscripts, beef up their story beats, pacing, choice of subject matter and improve their writing by spotlighting use of cliches, repetitive phrases (or authorial tics), overuse of adjectives and adverbs, overreliance on the passive voice, misspellings — many of the things you’d get from a line editor and even from a developmental editor.

Marlowe 1.0 was impressive right out of the gate. British thriller author Andy Maslen wrote about how Marlowe dissected his novel — and helped improve it.

Military thriller author James Rosone gave his take on how Marlowe can help turn a book into a bestseller.

And I wrote a summary of the value that Marlowe brought with her analysis of my novel Catch and Kill.

All of that was a strong foundation to build on top of. And so today we’re announcing the launch of Marlowe 2.0, which we think is the best A.I. tool for long-form fiction on the planet.

Here are some of the major improvements I see as an author when comparing the original Marlowe analysis to the new Marlowe 2.0 version:

The plot structure section now gives you a comp of a bestseller whose plot follows a similar archetype or story shape. That gives you a reassuring pat on the shoulder that, at a high level, you’re on the right track with your storytelling. My novel’s plotline had a similar pattern to a Little Brown & Co. title I wasn’t familiar with, so that was intriguing.

The narrative beats section is now visually more actionable with a graph I liken to an electrocardiogram, so you can tell at a glance the overall vitality of your manuscript. If it has a regular set of positive beats that are followed by “conflict” beats at regular intervals, your story is on the right track.

The new emotional color wheel is fascinating (dare I say exhilarating?) — something I haven’t seen anywhere before. At a high level, it gives you a sense of whether you’re veering too far from reader expectations in your particular genre. I was glad to see fear (15%) and surprise (13%) well represented in my thriller “Catch and Kill,” but also joy (22%).

Context is now the name of the game in the second half of the report. While the original reports were valuable in letting you know how often you’ve used a certain cliche or adjective, it didn’t tell you how your usage compared to others. Now it does. Marlowe 2.0 shows how the major subjects you’re tackling stack up against bestsellers that address those topics. And the same goes for explicit language, cliches, repetitive language, etc. You no longer have to wonder if you’re overdoing it, because you’ll see how bestsellers have handled those use cases.

I was thrilled to see that the closest subject matter comps in Catch and Kill were books by Tom Clancy and James Patterson. And because there’s a dash of near future sci-fi in the book, the stylistic comps were a mix of thriller authors (Patterson, Brad Thor, Clive Cussler) and science fiction authors (Neal Stephenson and Hugh Howey).

Now, as I’m carving out time to finish book three in the Shadow Operatives series, I’ll be sure to run it through Marlowe on multiple occasions as it goes through the rewrite process.

I still have a hard time believing Marlowe was able to produce a comprehensive 32-page full-color report in the span of five minutes. Remarkable.

Go try it. The Marlowe Basic reports remain free. Compare author plans and see which is right for you. 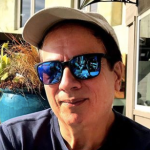 J.D. Lasica is co-founder and editor in chief of Authors A.I., the new A.I.-powered writing service for authors. He is a thriller author, entrepreneur, journalist and public speaker. Picking or switching your genre