How to create a coherent crime series - Authors A.I.
Skip to content

Over the past five years, I have created three separate crime thriller series. Each one revolves around a distinctive character, beset by as many flaws as virtues, and facing opponents of staggering evil and viciousness. And that’s just the office bullies.

I want to share a few tips for creating coherent series that have both commercial potential and creative freedom. (I think you could apply many of these ideas to any genre, from romance to Westerns, but as my experience is in crime, that’s mainly what I’m going to talk about.)

Creatively, you are deciding to write multiple stories with the same protagonist, trajectory and environment. Some folks like to call these genre conventions. Others call them tropes or even — whisper it — clichés. I believe that writers and reviewers care more about the niceties of which is which, and whether they’re even a problem, than readers do, but let’s have a quick look at them.

Flint looked the genre cliché in the eyes … then put a nine-mil slug between them.

The cop is a brilliant homicide detective. A divorced alcoholic, his ice-blue eyes stare from a scarred yet handsome face. He drives a beat-up but desirable classic car and spends his nights obsessing over cold cases while listening to jazz and drinking cheap whisky. That’s a cliché. You, and your reader, have read it a thousand times before.

The cop is a dogged solver of intractable murder cases. Outside the precinct, she finds it hard to sustain a meaningful relationship and prefers to retreat into the security of work. She rides a motorbike. Her partner is a younger guy who’s a bit cocky but who learns from her no-shit-taken attitude. That’s a trope. It’s familiar, like a well-worn leather jacket, but it has enough kinks to make it fresh.

As for genre conventions, that’s just a fancy-schmancy way of saying trope.

Are tropes too limiting creatively to be interesting for the writer? Emphatically, no! Look at other artistic forms: the sonnet,  ballad, the symphony, the nude. Each ‘‘genre’’ has its own rules, or conventions, if you prefer.

Why each book in your series needs two stories

When I write my books, there’s what my editor calls the A story. This is the heinous crime that my hero must investigate. But the real story, the one he, and I, believe keeps readers coming back for more, is the ‘B story’. The B story is the story of the protagonist’s own life. And it’s in this narrative that I find creative freedom.

The A story may move the plot, but the B story of the protagonist’s interior life is what moves the reader.

Each of my three lead characters has a traumatic family background that has left them vulnerable (a topic I’ve covered in a separate post). These events ripple through their lives, influencing the way they behave and returning at random moments to interfere with their ability to do their job.

Book by book, we get to see a little more of the past event and its impact on the present, and we experience the character’s attempts to come to terms with, and transcend, these defining events.

That’s not to say the A story is unimportant. And getting it right means doing your research. I’ve interviewed and become friends with some fantastic police officers including a very senior homicide detective. My bookshelf groans with homicide investigation manuals, policing textbooks and forensics guides. I have made it my business to shoot a variety of firearms. And I spent an exciting Friday night on a ride-along with the local cops.

In terms of creating a coherent series, here are my top three tips.

#1. Work on your lead character. She, or he, is going to have to do most of the work in hooking and retaining your reader. Spend time getting to know them and fleshing out their backstory. It isn’t enough merely to equip them with a range of positive attributes that will ensure they triumph in each outing. Instead, develop their inner world, including the vulnerabilities that their opponents could exploit.

Tip: Record everything in a character Bible. Refer to it often, or internalize it to the extent you don’t need to. It will ensure you don’t confuse your readers by having your hero blur round the edges, a pacifist in one book, a war hawk in another. A sexual dynamo here, a milquetoast there.

#2. Understand the conventions of the genre in which you’ve chosen to write (or that’s chosen you). For police procedurals, murder is the dominant crime. I’ve read books that involve disappearances, but there’s always the suspicion that the missing person has, in fact, been killed.

#3. Think about assembling a small cast of recurring characters around your hero. Cops have colleagues, from other detectives to forensics specialists. Even assassins need armorers and clients. The relationships among these ensemble players offer some light and shade and give you a way to further explore and flesh out your protagonist’s own character.

Serious about a series?

Some people might feel that the series format takes the fun and creativity out of the writing process. Each new book is just the last one with a different outfit. I beg to disagree.

Over the centuries, artists have found new ways to explore the big questions within technically constraining forms, from sonnets to symphonies. I can’t imagine a contemporary of Basho’s asking the great Japanese master of the haiku, ‘‘Don’t you get tired of writing about nature in 17-syllable, three-line poems?’’ 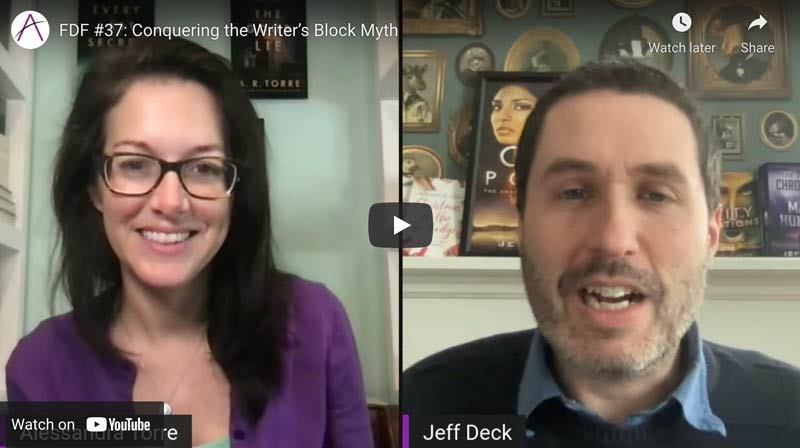 Picking or switching your genre

What a brilliant article, I like the ideas around the characters to make them interesting. Thank you